HomeFashion
By IRMA on 20 Februar 2018 Fashion

Do you need a cape in your wardrobe?

It is one of the oldest garments, dating back to medieval Europe. The cape has a long story from knights riding in them on their horses, to Superman and Batman wearing a cape as a symbol of power which symbolizes escapism and leadership. A rain cape is perfect when riding a bike and most elegant when it is made out of black velvet or Marabou feathers to wear to the opera at night.

The cape is a comeback repeater, as we have seen already in the last autumn/winter collection by Valentino (Jasmin wearing a pink Valentino Cape on the slider). We love the cape dress by Céline which has so much more style compared to wearing a Kaftan, and we have to mention the rainbow coloured fur cape which made the farewell of Christopher Bailey’s last show a couple of days ago during London’s Fashion week. Cara Delevigne stepped out on the runway wearing a typical English street style looking empowered by a smiling cape. It symbolized only too well that saying goodbye and beginning something new is not only brave but also powerful, matching the lyrics of the catwalk music Don’t leave me this way, Set me free… it is time for a new cape. 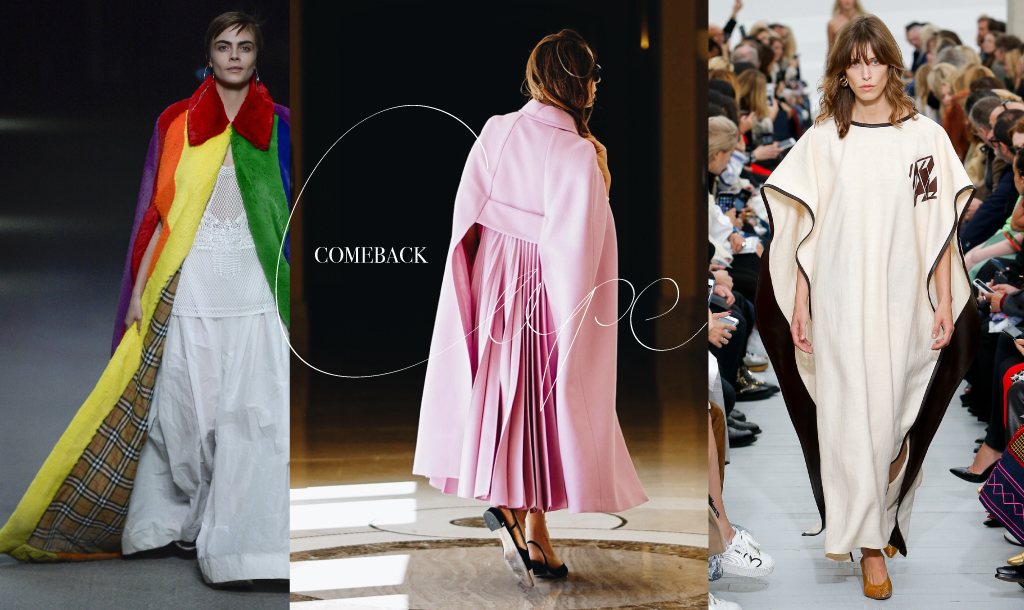