On the eve of the start of the White Ring ski race, we meet Kristl Moosbrugger for a glass of champagne in the bar of her Gasthof Post in Lech. She is a strong, committed and sporty woman who also wanted to take part in the race, which was unfortunately cancelled due to bad weather. She has a story to tell, not only about the history of her hotel, but also about her family’s dedication to hospitality, the advantages and disadvantages of Lech and a way of life we would like to emulate.

When the hotel was bought in 1937 by Erich and Irma Moosbrugger, the parents of Kristl’s late husband Franz, it was clear that this business had to have a vision. A vision that has made Lech what it is today. The groundwork had been laid, as the Moosbrugger family had a visionary talent in every generation. In 1965, for example, they built the first indoor swimming pool, and in 1976 the Post became part of the international hotel group Relais & Chateaux. A decision Franz Moosbrugger made after a holiday on the Italian Adriatic coast, where he noticed that many luxury Grand Hotels had become 5-star hotels, which was necessary if you wanted to build a luxury hotel and transform Lech into what it is today, with almost 16 luxury 5-star hotels in a village of 1.800 inhabitants and around 1,000,000 overnight stays a year. 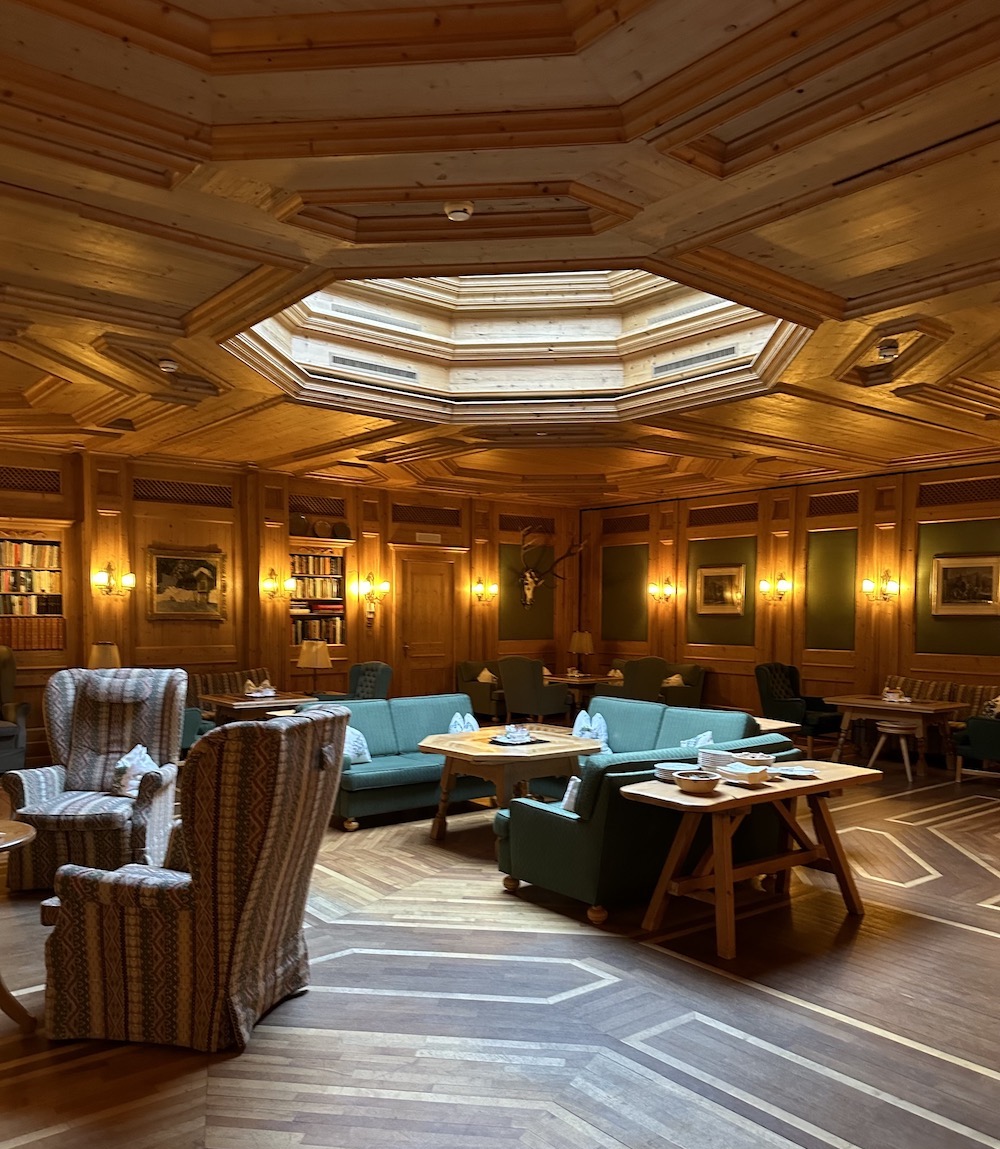 It helped a lot that one day in 1959, the Prince Bernhard of the Netherlands crossed the Madloch from Zürs and stopped for a glass of wine on the sunny, snow-covered terrace of the Hotel Post, where he met Erich Moosbrugger and decided from then on to spend his family holidays at the Hotel Post. In Lech.

This made Lech suddenly a hot spot, not only for aristocratic and royal families, but soon also for the international jet set.
The task was great, but the creative and forward-looking mentality of this tiny mountain village managed every step of the way to become a place where everyone comes to spend their ski holidays.

This sporty mentality, closeness to nature and her life’s mission gave Kristl Moosbrugger all the strength and energy she still has today at the age of 80. The loss of her husband Franz, who died of altitude sickness in Himalaya at the age of 50, leaving her with three children, has not diminished her vision and energy.

She has seen Lech develop and tells me about periods of her life when there was nothing else to do but work in the winter and even more in the summer. However, she made the best of it and started playing golf on the course, which has become a great social hub for the people of Lech, a meeting place to exchange ideas and thoughts.

A few years ago, she passed the baton to her son Florian. He has continued to develop the hotel, building on the tradition and adding new ideas, while at the same time preserving its special character.

One thing is for sure, the people of Lech work together, the density of luxury hotels is not a problem, there seems to be room for everyone.
There is respect for each model and concept, including the new ones.

There will be more in the future. A change when Dior opens its first boutique in the summer of 2023 and Kristl also hopes that the summer season will become more popular. Hunting in the hills of Lech, relaxing hikes or just spending the day in a deck chair by the pool.