Is the female gender just revived in a much more fascinating way? 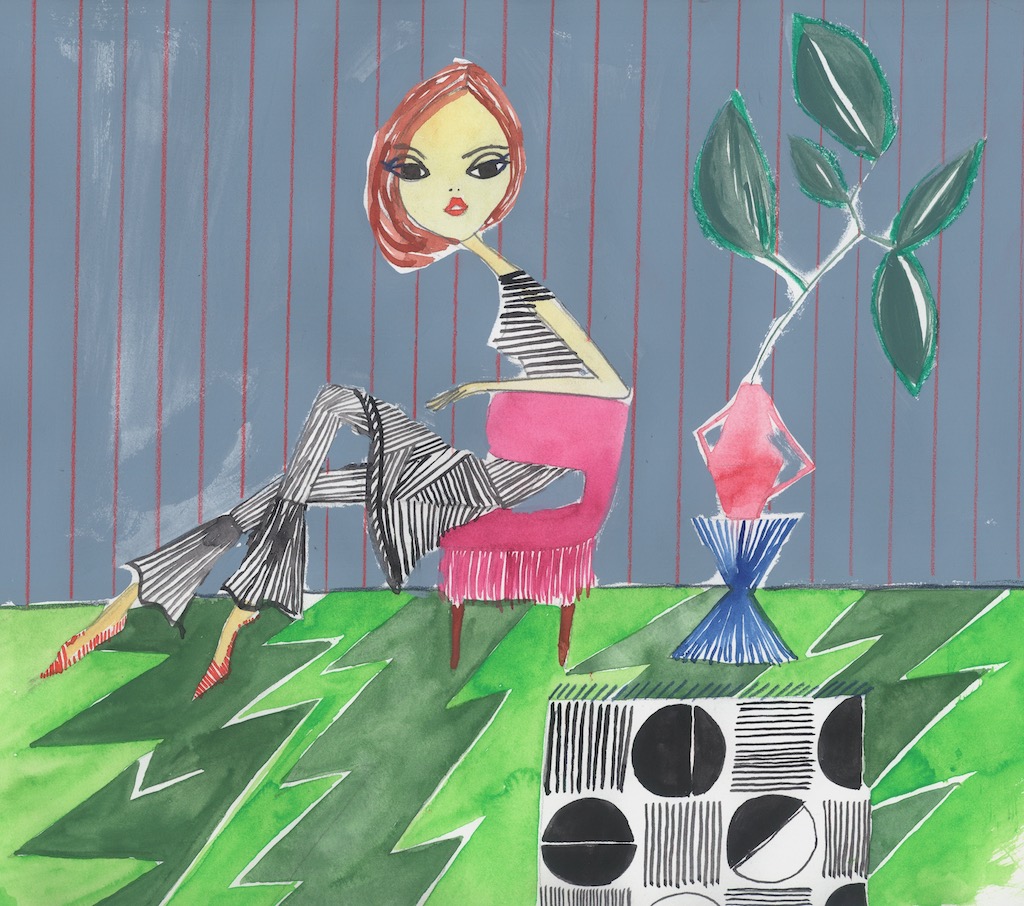 IRMA met three women designer who each work differently in their own way and had a chat about how their role as a female creative in a male dominated business has changed.

Here is what they say:

The US, California based interior designer is known for her spontaneous, sophisticated and eclectic style, pairing vintage finds and inspiring modern designs that incorporate a mix of materials and influences. Wearstler’s studio houses 50 staff (including interior designers, architects, graphic designers, product designers and artists) in Los Angeles, where she loves the multicultural spirit and the ease of the west coast vibe. Her latest projects are three new hotels for The Proper Hotel Group, with the first one just opened in San Francisco and forthcoming properties in Downtown LA, Austin, Texas and Santa Monica, CA. You can shop her home designs, furniture, lighting and lifestyle accessories at kellywearstler.com.

There are really strong women in my family. My two grandmothers both worked for fifty years and my mother always worked. They taught me that there is no one who will take care of you better than yourself. Having strong female role models and a great work ethic helps to bolster your independence and confidence in yourself. I definitely attribute their strength and resilience to the formation of my own.

There is that cliché, that when you enter a construction site in a nice dress and heels the workers look at you as if you just landed in the wrong place. Early in my career I may have felt intimidated at a construction site, surrounded by men in their hard hats and construction boots. But once we start to engage in the work and get talking, they see my confidence and knowledge and I gain their respect for my work. For me, this is female power.

IRMA/JASMIN KHEZRI: Do you think that the male dominated design scene has changed in the last years?
KELLY WEARSTLER: Absolutely, one hundred percent. I think women are killing it in the design world. Just look at Zaha Hadid – she was a trailblazer and a force to be reckoned with. Her designs are soulful and push the boundaries. Annabelle Selldorf is another incredible architect who sculpts powerful spaces with the most thoughtful of strokes. With more and more talented women forging unique paths in the design world we will continue to see a greater shift in the gender dynamic.

IRMA/JASMIN KHEZRI: Which benefits do you see working as a woman?
KELLY WEARSTLER: Women bring a unique perspective to design and everything they do.  A different sensibility and thoughtfulness that encompasses a world view inclusive of their own ways of moving through life.

IRMA/ JASMIN KHEZRI: What was your biggest success, I know there are many but if you are only to mention one.
KELLY WEARSTLER: My first restaurant design, BG at Bergdorf Goodman in New York. Designing this space for such a legendary company gave me a real sense of accomplishment.

IRMA/ JASMIN KHEZRI: Do you have an icon/ idol in the world of interior design?
KELLY WEARSTLER: The work, philosophy and career of AndréePutman was and remains such an inspiration. Her diverse talents and striking, streamlined, modernist designs are timeless. She was the pioneer for boutique hotel design.

IRMA/ JASMIN KHEZRI: Your favorite spots in Milan during Salone del Mobile.
KELLY WEARSTLER: There were so many incredible designs, I was really inspired by everything.  A top highlight for me was the Hermés installation.  It was amazing.

The long-time journalist, editor and vintage collector J.J Martin has founded her brand La DoubleJ in 2015 in Milan.

The Los Angeles born Designer keeps developing her design signature not only in her Pret-á-Porter Collection but also in-home wear, glass design and most recently with a collaboration of the Design firm Kartell for an all new take on Kartell’s 70-year legacy.

IRMA/ JASMIN KHEZRI: Do you feel that women have more power, freedom and possibilities to explore, produce and interfere in the design world today?
J.J.MARTIN: I thinkwomen always had this freedom, but they have not always chosen to do it. And the reason they didn’t was because they didn’t feel welcome or admitted into the design world. But there’s no one whose job it is to welcome people into any industry. Architects are known as some of the most egocentric people on earth, and most architects are men. It’s a very clubby business. But I don’t think that women are purposefully excluded. No one is saying no. It’s a matter of women finding their own self confidence and voice to say what they want, when they want to. Women in general are not accustomed to doing this or are called bossy and controlling if they do it.

The Italian architect Cristina Celestino established her architectural studio, ATTICO in Milan in 2019. She creates lambs, furniture and living accessories under her label. She is known for her many collaborations with international brands like Fendi, Nilufar, BottegaNove and Sergio Rossi to name a few. She took part in the Salone Satellite where the product Atomizers got nominated and is now part of the permanent collection of the Italian Designers at Triennale Museum of Milan.

For this year’s Salone she created the TRAM CORALLO for Rubelli and designed the interior of a typical Milanese tram.

IRMA/ JASMIN KHEZRI: How would you describe your role as a female designer, tell me all about the advantages of being a woman working in design these days?
CRISTINA CELESTINO: I don’t think there are any advantages to be a woman. I don’t believe that just for being a female designer and architect I have to be part of a different category.

On the contrary this thing of making gender differences leads to categorize the female design as a more decorative, frivolous, romantic one (while the male one should be more functional and long-lasting).

I don’t see myself closed in any category, I just know that many companies ask me to work for them and that my interiors and my projects have a great commercial success, and also an important recognition from press and public. And I am not sure that this is something about gender difference.

IRMA/ JASMIN KHEZRI: When a client decides to work with you they are looking for your feminine approach and design language, do you think that in our digital high technical world this kind of femininity will expend?
CRISTINA CELESTINO: Clients usually approach me because of my personal design language. I think I get awarded because there is consistency in my work. Be it for personal projects or commissioned work, there is a clear and recognizable style and visual identity. (Keeping in mind the clients will).

I try to create emotional visions, I try to understand traditional materials and their qualities to finally add a contemporary aesthetic and create new typologies.

I think the market is looking for this kind of interiors and products, distinguished by a greater sensitivity and care of the detail. 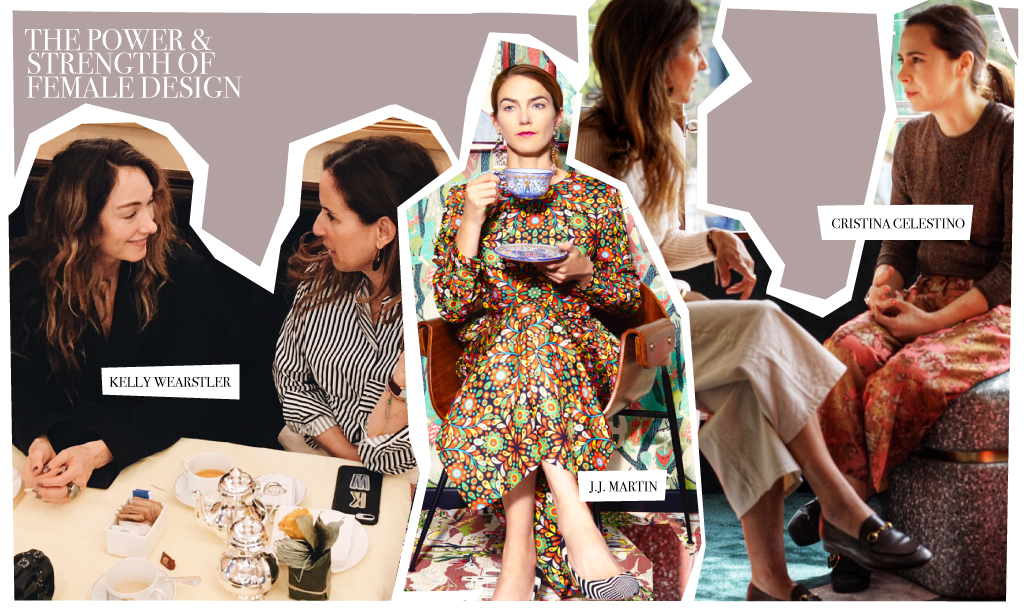