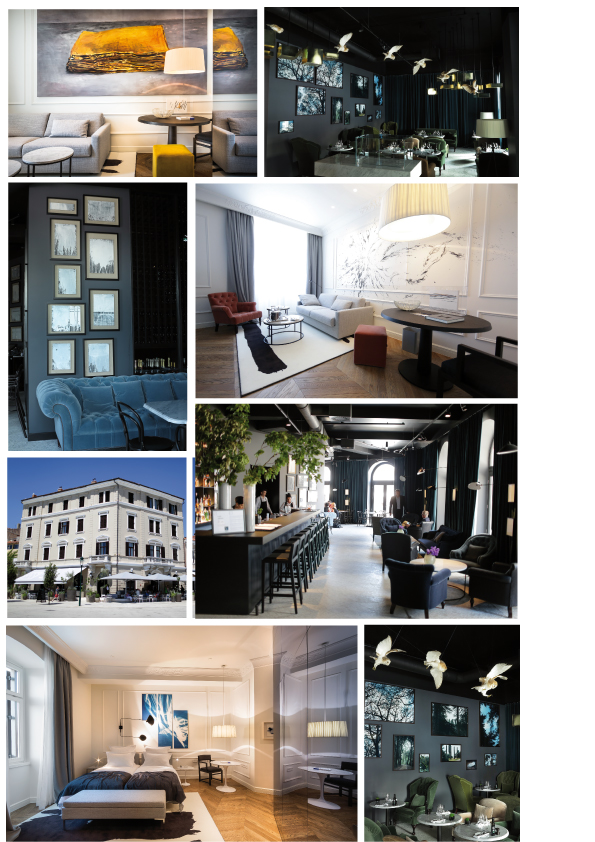 Rovinj, Croatia: The first price in our Summer Challenge 2015 is a three night stay at the wonderful Hotel Adriatic in the Croatian coastal town of Rovinj. The over 100 year old small Luxury Hotel just reopened its doors this summer after an extensive renovation and is actually more a Gallery than a regular Boutique Hotel, as it is covered with art from around the world and some of the rooms were been especially designed to accommodate certain Art pieces.

There are only 18 suites in the Adriatic Hotel, all with spectacular views of the island of St. Katarina on one side, or Rovinj’s Main Square and old town on the other. With artworks displayed on the walls of each of the 18 luxurious suites, the Adriatic will instantly capture you with its inspiring environment.

The Winner of the IRMA Summer Challenge 2015 will be invited to stay for three nights incl. Breakfast in the Adriatic Hotel in Roninj. (You can pick any date between September 2015 and June 2016). You would have to arrange for your own transport.

Top 5 Things to do in Rovinj:

In a leisurely half-hour stroll you can see three of the most famous Rovinj streets, starting with the Carrera Street, full of galleries and small shops, passing to the Bregovita Street, considered the most beautiful one, and reaching the must-see Grisia Street, renowned for the traditional painting exhibitions organized in it.

Offering a unique oeno-centric gastronomic experience that combines French cuisine with a rich wine chart that includes of more than 550 different vintages from Croatia and around the world, this gourmet restaurant located in the 5-star boutique hotel of Monte Mulini is a foodie temple of Istria.

Austrian-Hungarian passenger ship Baron Gautsch, which sunk in 1914, still exudes the magical aura of La Belle Epoque, mostly because of it’s magnificently preserved wreck lying at the depth of 40 meters off the coast of Rovinj.

Don’t miss out on one of the most beautiful beaches in Istria. Explore the Island of St. Andrew (Red Island), it’s trim trails and walkways, maintained gardens with around 120 plant species and an old castle housing the Count Huetterot Mini Museum, energy fields, a viewing spot, and a mausoleum on the island of Maškin.

The Largest baroque building in Istria, the Tower of St. Euphemia, is also the highest point in Rovinj, offering an enchanting view of the town and the archipelago that surrounds it. The Church tower is a replica of the bell tower of St. Mark’s Basilica in Venice, with a bronze statue of Saint Euphemia on it’s spire. The statue spins around to show the direction of the wind with her right hand.