The legendary Tantris restaurant alone is a reason to visit Munich, especially now after the reopening and at a time when dining has taken on a new dimension. As business lunches and family dinners had not been possible due to the pandemic, an evening at a special place with a unique wine and dine experience is not a new but a desired state of luxury. 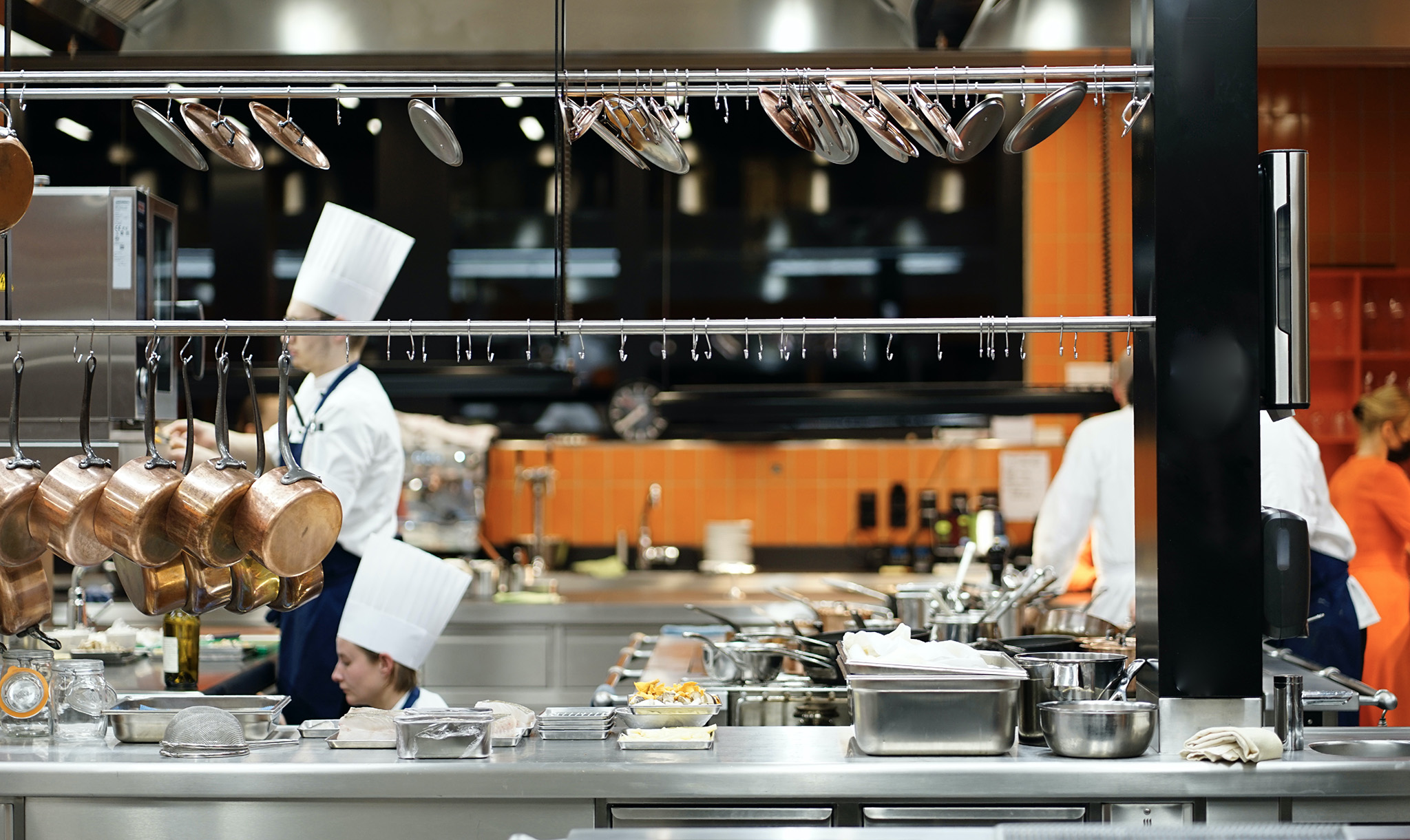 We spend the evening at the new Tantris DNA, run by Virginie Protat from Lyon. A new and much more intimate space that has the same Tantris signature but with a less formal a la Carte menu.

It’s not a centrally located neighbourhood, still the listed building stands for the era of its time when it was built in 1971 by architect Justus Dahinden. The architecture looks so modern and outstandingly simply designed, but unpretentious with a matter of course that has always existed.

The owner Felix and Sabine Eichbauer recreated this place without deleting all the assets Tantris is known for but rethinking the idea of Michelin star dining and wining with a concept that stands perfect for our time.

That shows already in the kitchen with the management of Chef Matthias Hahn. It is a pleasure to watch the team cook and prepare the meals and the way of rather leaving things out instead of adding too much without being too minimal. That is the new concept of the Tantris DNA. Especially with the homemade sourdough bread and unpasteurized butter that is served after the first course. Simple, but perfectly made.

Everything is a match and bringing the French Art de Cuisine to the point. Not only the truffle black and lobster orange colours of the interior but also the detail of purity with which the food has been cooked. Like this Terrine de canard au pain presented in a whole piece before it is served on your plate. This is a pleasure for the eye and an inspiration for your own cooking.

Just like the quality of each ingredient that is used in the kitchen and served on the table. You can smell the herbs in your soup, the capers on your sole or the raw chocolate in your desert.

Is shown in each dish as mentioned above, less but right is more and maximizing without a reason is not right in our time, except when it comes to the wine which in each course underlines and celebrates the taste.

The wine cellar at Tantris is not only one of the largest in German gastronomy, but it has also the most diverse and treasured content, due to the great international relations Tantris has to the vineyards not only in France and their ever-growing list over outstanding champagnes is worth a try, not to forget the selected vintage ones. Restaurant chef and Sommelier Mathieu Mermelstein and wine director Nicolas Spanier round up the experience with their accompanied wine and champagne suggestions to the menu.

When the selection of cheeses was presented, I dared to ask the supplier’s name. Not only did I get the manufactures name, but also the inside knowledge that he ripens his cheeses further once they have arrived from France in Germany. That tells you much about the dedication to quality from the suppliers Tantris works with.

Like the exterior the interior design is to a point and not at all adapted to the German/ Bavarian culture which makes this place an island. Fabrics, lampshades, uniforms (from Talbot Runhof) and flower bouquets are all a match, like the ingredients on a plate. The eye is focused on the plate, almost resting but not bored, it is all about tasting and enjoying the food and wine.

Don’t forget the powder room, which still has the original design, patterns and sinks. Except that everything has been polished up. Isn’t the most important thing when traveling with the senses to create beauty even in the most hidden places? Tantris has succeeded in doing this with every detail.