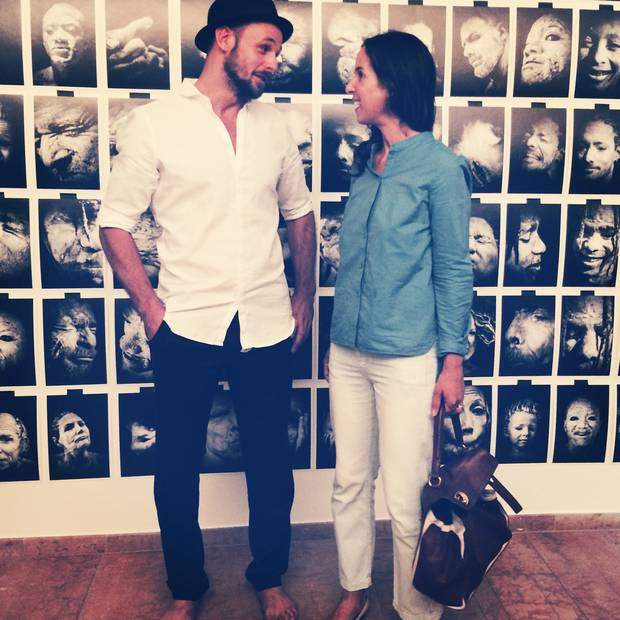 MUNICH: I meet the artist Michael Gramm at A.P.R. in the beautiful Hofgarten at Galeriestrasse in Munich, barefoot and with a extreme friendly smile. We speak French although his German father taught him the language from an early age and his kind way of speaking is a great pleasure to listen to.

He was raised in Cameroon, where he spent most of his childhood in a very open and relaxed atmosphere together with friendly, open-minded people and a strong bond with nature. When suddenly political turmoils came up, the family moved back to Europe, where he lived outside of Paris, surrounded by beautiful nature and countryside. After studying economics, tourism and languages, he decided to stick with graphic design and he learned much about sculpture and photography. Soon he was bored with the theoretical side of graphic design and he decided to go on a voyage, during which he also went to Brazil to work together with a friend in photography. When the trip was over and he returned back to Paris, it was clear to him that he could not stay there. He was longing for nature, light and a different way of life. Again through a friend he decided to live and work in St. Barth. First as a pool boy and later he took assignments from luxury hotels to do portraits. He built a name for advertisement photography and made some image films for Vogue Japan and Vogue China. His client Ligne St. Barth inspired him for the series of clay portraits which is called BEAUTE CACHEE, in which he used the ingredient of the island’s clay earth which is also in the mask of Ligne St. Barth.

The clay mask was almost like a shield to the object of photography. People were much more open and eager to express themselves when he put on the mask and came close with the camera. They pulled faces, showed their real self and expressed themselves in more natural ways. Gramm worked with extreme close-up, details and total aspects. He created extracts and close-ups, which almost looked like landscapes instead of human faces.

If you live in Munich you have the chance to meet Michel Gramm on 2 August at A.P.R. , Galleriestrasse 6A, where he will create a clay portrait in the style of Beauté Cachée. You can have your portrait produced and sent to you in a low resolution via mail. 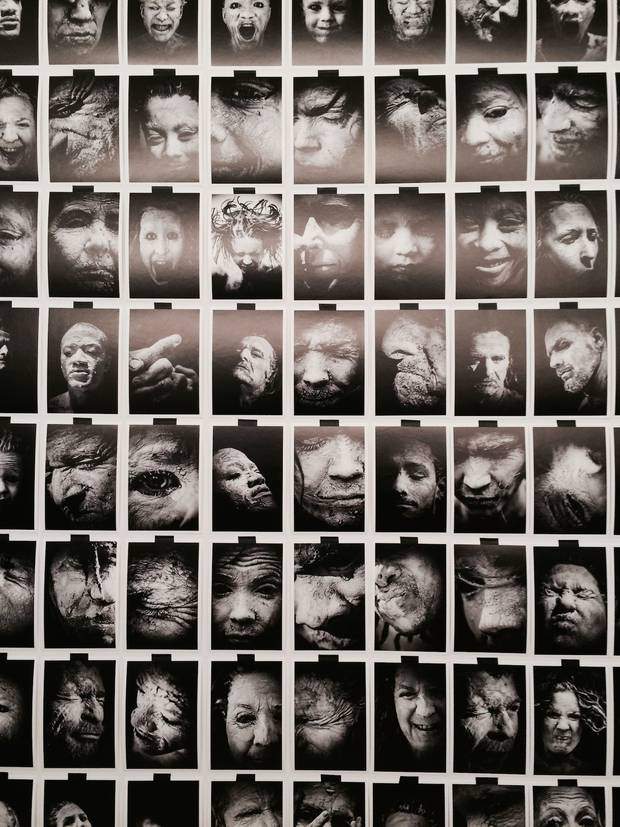