Every year Ruinart, the oldest champagne house in constant existence, chooses one exceptional artist to work as an artist in residence at Reims and create artworks inspired by the history and Savoir faire of the renowned champagne maker. This time the team of Ruinart chose Chinese artist Liu Bolin and in the summer of 2017 the artist and his team went to Reims to create 8 photographic tableaux.

The way he researched and looked for inspirational starting points is an artistic journey in itself. For example, he only used the charcoal of the chelters to paint his arm when holding a Ruinart vintage bottle against the cellars’ ancient mediaeval wall for his famous signature shot for the champagne house.

The exhibition of his work was unveiled in a fantastic event at the Grand Palais in Paris on 8 March 2018. Over the following twelve months it will travel the world’s most famous art fairs and will then find its final place in a new museum at the grounds of the Maison Ruinart.

You can also see Liu Bolin’s work for Ruinart at the Gallery Weekend in Berlin at Galerie Deschler.

IRMA: How did you get the idea to integrate yourself by painting onto your body and face creating an illusion to disappear into a subject, for example into another piece of art or environment, like for the RUINART Collaboration?

LIU BOLIN: On the one hand, I want to disappear but at the same time put the focus on the surroundings and the people who also are sometimes involved in the picture. It is important for my work to be inspired by culture and history. RUINART offered both sides, so it is the perfect partner for my project #reveal the invisible. I discovered so many inspirational things while I was exploring the winery and cellars which gave me lots of inspiration to get started.

IRMA: You have integrated the head Cellar Master, the workers at the production department as well as the first artwork which had been used as Ruinart’s initial advertisement by the illustration artist Alfons Mucha.

LIU BOLIN: Yes, it was a great experience to observe and learn how all these employees put in their knowledge and passion to create champagne. It was only natural to integrate them into the works of arts. The reactions we got were incredible as they had not done this before and they contributed an important part of the artwork. The first advertorial illustration by Alfons Mucha is a most significant piece which represented at the time being a very free-minded approach towards champagne consumption. The initial idea for this collaboration is the integration of culture into the environment. 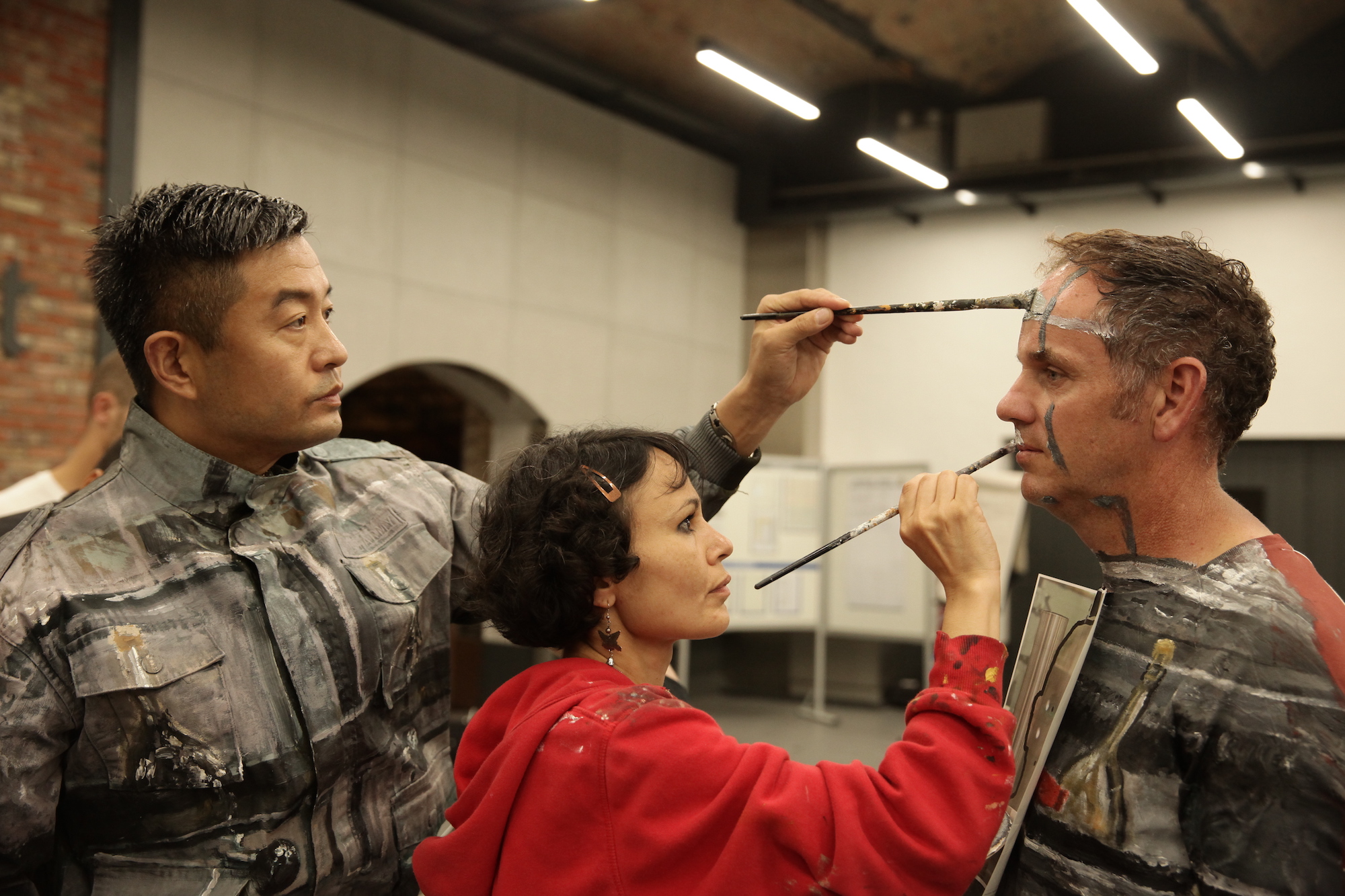 IRMA: The RUINART collaboration is the second series of art which you have produced with a commercial support of a major brand. The first one was the advertisement champagne you had done for MONCLER last year. Will you be doing more collabs in this field ?

LIU BOLIN: No, not necessarily. In general I am not looking particularly for strong commercial partners. With RUINART and also MONCLER I had the opportunity to realize projects which otherwise as an artist and no financial support I could not have managed. Like for example the iceberg shots for MONCLER required a big excursion team. With RUINART it was a perfect integration of art and culture which is the main essence of my art, I found both and there for could create strong images. A collaboration has to make sense and work with my initial philosophy about art.

IRMA: Are you a photographer, performance artist, sculptor or painter? Which art form do you feel most connected with?
LIU BOLIN: I see myself as an artist in general. Different art forms help me to express and create one overall piece of art which expresses my philosophy.

IRMA: All your models which stand in front of an environment like a landscape, a space or another piece of art wear clothes which you or your artist assistants paint on. Do you have any plans for all these painted clothes? They seem to be artworks by themselves.

LIU BOLIN: I am not planing an exhibition yet, but in the future I should think of a special project.

IRMA: When did you have the first time the idea to disappear in an environment to express your art?
LIU BOLIN: Disappearance for me is the question between humanity and creativity. To integrate yourself into an environment is the answer. 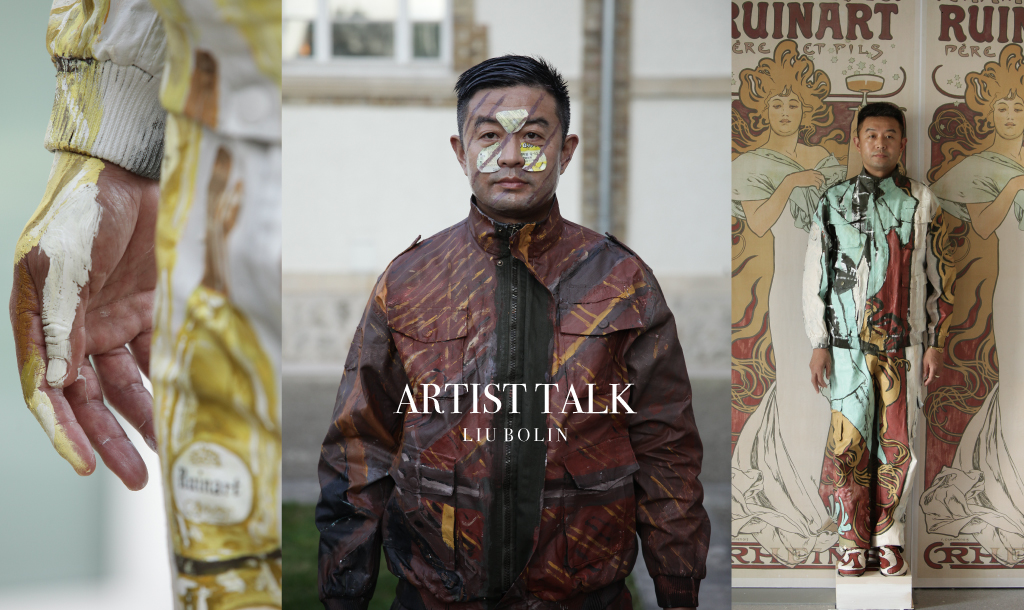