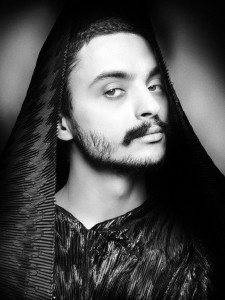 Talking to Araz Fazaeli of The Tehran Times gives you a new perspective on fashion. The fashion designer and founder of The Tehran Times Street style blog left Iran at the age of twelve and continued his high school education in Vancouver and later Geneva. During what was supposed to be a gap year at the age of eighteen, he found himself quite inspired by his journey back to Iran and created a collection of sophisticated, modern manteaus, which was a huge success among the Tehran elite. He enrolled in Parsons Paris in 2008, and ultimately received his diplome styliste/modeliste from Esmod Paris in 2012.

Like many fashion designers, Fazaeli’s inspirations come from his particular point of view and his own background. Unlike many designers, he began his career with a blog, designed to highlight the oft-ignored aspects of Iranian society. The Tehran Times quickly became a cultural phenomenon inside Iran and was enthusiastically received and featured by the Western press because of its fresh point of view. The tremendous success of The Tehran Times has not distracted Araz from pursuing his design career. One month ago he presented his first collection during SS16 Paris Fashion Week at Le Royal Monceau Hotel and as you can imagine he knows not only how to be impeccably stylish, but also understands a few things about how the oriental world should be proud of their rich tradition and make a perfect combination with the western world. As we all know, it is impossible to get orders from any first collection by high-end shops, but Fazaeli’s first collection has already received its orders from the fanciest shop (secret for now) in Paris. 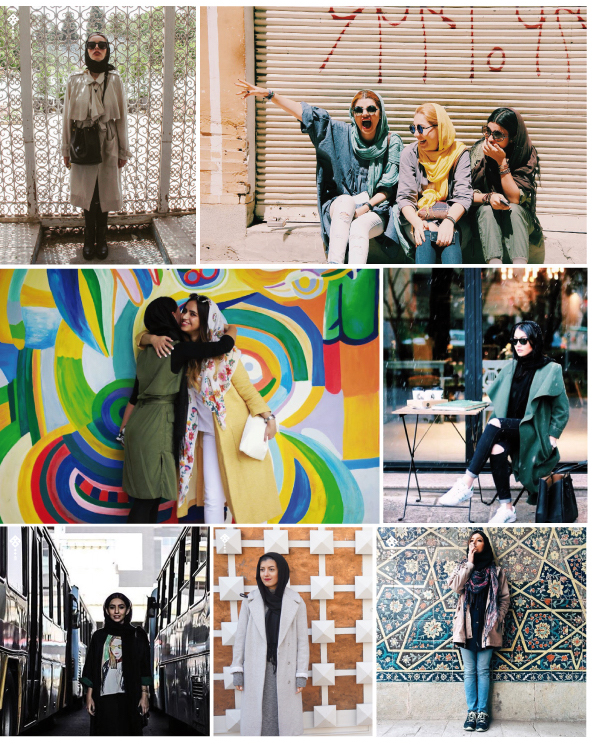 IRMA: You are the editor-in-chief of The Tehran Times and you just showed your collection during Paris Fashion Week. How does it all come together? Your site is like a scrapbook of oriental culture & inspiration….
Araz Fazaeli: Ever since I left Iran my life has been a beautiful journey, not only because I’ve learned so much about and from different cultures, but also because I got the chance to look at my own through the lens of a Westerner. From this vantage point, I found that many facets of Persian culture could be complimentary and enlightening to Western sensibilities. This inspired me to bring my own culture into my work. So do you see how they all come together? The Tehran Times is a library and a mood-board for my inspirations of future collections.

IRMA: How did you do that? Where did you get the initial inspiration to start your work?
A.F.: In the summer of 2012, after my graduation ceremony, I returned to Iran to visit my family. This had always refreshed me, but this trip to my homeland turned out to be different from every other time. Trying my best to see the places where I grew up through the lens of Westerners made me at last notice something more striking than the architecture and art around me: This was the street style of Iranians. I saw beautiful, eclectic, fashionable people all around me. I realized I was in a unique position to interpret our culture for those who questioned our dress code!
I’m not alone. Many other young Iranians across the world are constantly answering the same old questions of misinformed or ill-informed Westerners. If those boring questions were pop music, then “Do you ride camels in Iran?” would be “Billie Jean.” Exploring the dichotomy of the culture I loved and the culture the world saw fueled my work through four years of fashion school.
On that trip, I realized Middle Eastern cultures offer the world of fashion and enrich it, and yet not enough attention has been afforded them. I saw that I could shift the focus.

IRMA: I like the way you combine elements of design, art and culture from Persia with the Western world. You give today’s Iran allure with your platform. With your carpet series, for example, where your followers combine their European fashion musts on traditional Iranian carpets.
A.F.: “Shab Khosh,” meaning good night, is the name of the series of photos that I’ve been signing off with it most nights in the past few months. I decided to collaborate with our audience and ask them to send in their photos relating to a specific theme that I pick. I thought this would give them the chance to participate while affording me the opportunity to get to know their visions and tastes as well. It has been a very rewarding adventure so far. Carpet series was of course a favorite.
Unfortunately in that specific region of the world (Middle East) presentations are usually very weak. And my intention of having a backgammon (#TTTBackgammon) shab khosh series and #TTTCarpet one was to help my audience to make a beautiful presentation of their clothing items on top of carpets and backgammons. This way they could think more creatively and once again they were reminded of how precious the Iranian carpet is.

IRMA: You know both worlds so well. What is your next step?
A.F.: To focus on my career as a designer. Because I studied fashion design before coming up with the idea of The Tehran Times. The blog never turned me into a designer, but a designer created a blog. However this doesn’t mean that the activities on The Tehran Times are no longer exciting or tempting.
Me and the TTT team are very excited as we are already expanding our consulting agency through The Tehran Times. We help and advise western brands who want to enter the Iranian market and as well help young designers from Iran to experience other markets around the world. It will be very difficult, but challenges are always exciting to me.

IRMA: Fashion is a major topic in Iran. How can you satisfy this passion in Tehran when you are into fashion?
A.F.: Whether poor or wealthy, Iranian people in general care about the way they dress. Everyone tries to find the best tailor, hairdresser and beauty salons for themselves according to their budget. The first accessory a woman invests in is an It bag from her favourite brand. If she can afford it, she buys it in Dubai on a shopping spree or she gets a fake that can be bought in Tehran. There are also fashion boutiques selling luxury goods, but you cannot always be sure if the items are original or fake.

IRMA: What are you looking for in a girl to present her on The Tehran Times?
A.F.: I am not looking for my personal taste; it is more interesting to look for different styles. I am looking for something strong characteristically. There is something in every person.

IRMA: What do you love most about the oriental culture?
A.F.: Its maximalist culture.

IRMA: What do you not like about it?
A.F.: Its arrogant attitude which is definitely passé. Be nice and open to everyone, you will get back a lot.

IRMA: Where would be your favourite place to live in the world?
A.F.: Wherever I could see good people around me. For instance, Paris is more exciting than Milan but people in Milan seem to be warmer and happier. I need to be surrounded by positive energy to be creative.

IRMA: How would you describe the style in Tehran now?
A.F.: I think the way Iranian women use the appropriate Islamic hijab to make fashion and personal statements is very impressive, because it is incredibly creative. Many of the young generation from upper class families are studying abroad. They come back to Iran from time to time and bring different styles and trends from London, Paris, New York, LA or even Dubai. Therefore it is very interesting to see how Iranian girls transforms those styles from abroad into their own with their scarves and manteaus. I’m convinced that the young generation of Iran are so eager to learn and discover.

IRMA: What are your four favourite spots in Teheran?
A.F.: Cafes I recommend would be Gol-e Rezaiyeh and Sam Cafe (Both in Vanak and Elahieh neighborhood). As for venues and shops, I find the ladies weekend event by Mzone very interesting.