Sabine Holbrook is one of a few motorbike racers competing in the male dominated Superbike league. IRMA spoke with the beautiful racer about what drives her, how she prepares for the demanding races and what she does to achieve a mental balance.

IRMA: What is it that fascinates you about speed?

Sabine Holbrook: There is no time to study and thin. Every step needs to work. All senses need to be sharp, the adrenalin gives you wings, you are focused only on driving, nothing else exists in that moment.

IRMA: How long is the racing season? How many races are there, and when do you start training for them?

S.H.: The championship season starts in May and ends in September. In the class that I am in, there are six championship dates with two races each, so I drive in 12 races as part of the championships. The physical preparations never end. I train about four times a week for two hours and exercise every day. If you were to start from scratch, you’d have to plan in about one and a half years to build up the necessary physical fitness level. 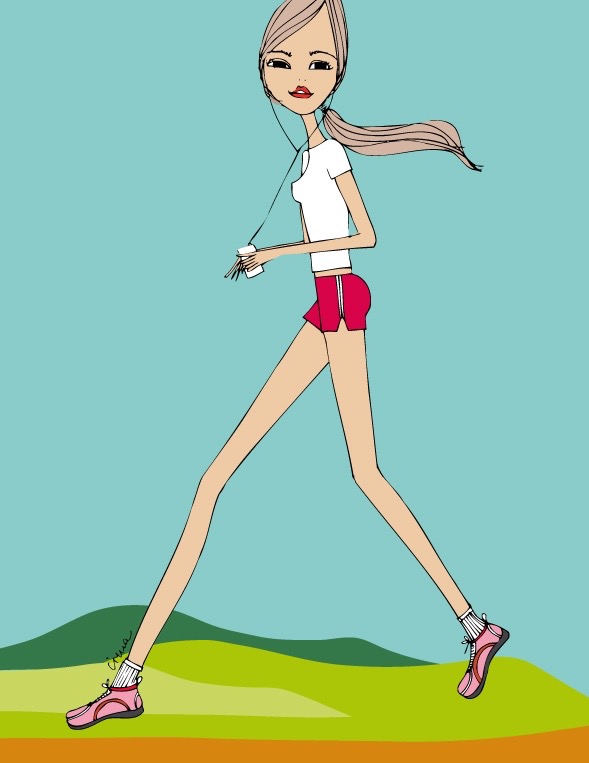 S.H.: Every athlete looks after their body, and the right food is part of that. I personally don’t follow a special diet. I simply eat a balanced diet that is high in protein.

IRMA: A race requires not just physical fitness but a high level of concentration. How can you train this?

S.H. During my fitness training I try to include elements that require both concentration and balance. I recently started kickboxing, which also requires concentration, coordination and endurance and is a great complement to my regular training.

IRMA: With the high number of races and the extreme physical and mental effort, how is it possible to keep continuity here?

S.H.: First of all I think you have to love what you do. That way it’s strenuous but not a burden. It’s my personality that I don’t like to be bad in something, so I am well prepared which in return gives me plenty of ambition. In addition, I do mental training for myself, which gives me inner strength. Another important factor is my family, which is an anchor; no matter what happens, it’s a constant in my life.

IRMA: What is the best balance to the demanding racing sport?

S.H.: Sports, Mountain biking, cooking, my family and my dog.

IRMA: Do you have a favourite race course or road in Switzerland, Germany or Austria?

S.H.: I have only been there once, but I loved Valencia, and I also like Mugello. I don’t have any favorite roads. When I am on the road on my motorcycle, no matter where in the world, the journey is the reward – and I like to eat well while on the road.

IRMA: Is fear sometimes an issue for you?

S.H.: Certainly, I know fear, but mostly the fear not to meet demands.