Last week, just before the summer holidays, an exclusive group of Dior clients & friends of the house came together for a glass of chilled Dom Perignon and a night at our IRMA Summer Show in the architectural gallery of Seven Elohim in Munich.

The focus was on IRMA, our illustrated character who herself always had been an admirer of the elegant silhouette originally created by Monsieur Christian Dior and the many different interpretations of the current Designer Maria Grazia Chiuri.

The Summer Show showed the different interpretations and styles, collections and textures which had inspired the illustration artist Jasmin Khezri.

Jasmin, a graduate from Parsons School of Design has developed the character of IRMA over many years and started her career as an illustration artist 2002 in Tokyo by her illustrated columns for Nippon ELLE and Vogue. She soon established her digital magazine called IRMASWORLD where she creates stories, interviews and features showing the most current of fashion, beauty, living and the arts, curated by an international team of editors.

With daily news she creates the first and only digital magazine format worldwide which has an illustrated character as a centre figure, illustrated by Jasmin.

The night was filled with interesting talks, exchange of ideas, inspiration and smiles and the art work gave lots conversation and good vibes, somehow IRMA brought it all together and inspired one or another Lady to wear their favourite piece of DIOR. 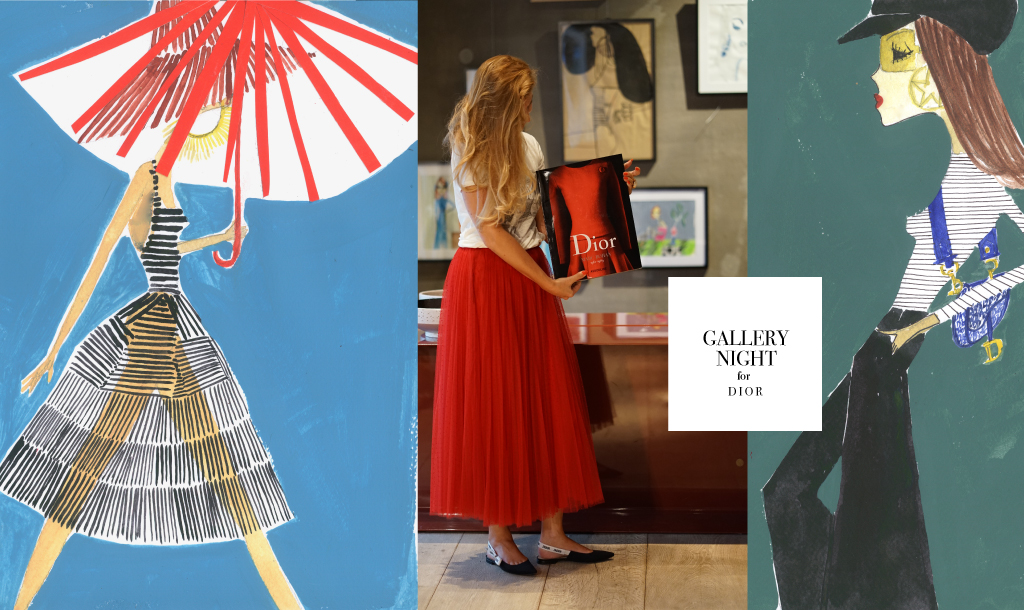