The former dancer and designer Artsi Ifrach is in our mind when it comes to truly individual collections, one of a kind vintage pieces with an artisanal touch. Alex Eagle in London buys his creations. He opened The Addis Ababa Fashion Week / Hub of Africa and his fantastic showroom in Marrakesh is worth a travel by itself.

IRMA: Last Time we had a chat in 2018, what happened since then?
ARTSI IFRACH: So many things happened since then, I think things always happen this is part of the energy of creativity and how actually you grow up as a designer. We continue to grow as a brand, we had a great show in Lagos, Nigeria. I had a photography exhibition in Marrakech and in Jerusalem biennale, we won the first buyers prize in Milano Fashion week for camera de la Moda and so many other things.

IRMA: How important is the art of portrays for your work?
ARTSI IFRACH: I think it’s very important because through that you actually tell a story as well as it becomes significant and valuable and not just a piece of fabric that becomes wearable.

IRMA: Make-up: which role does it take in your creations?
ARTSI IFRACH: Well it doesn’t actually. Not because I don’t have any respect for it which I have but I usually don’t use because I feel that the natural feeling helps me a lot to tell the story which I like to tell.

IRMA: Traditional and contemporary, aren’t they merging more and more?
ARTSI IFRACH: I don’t know if they are, it’s key words that I used and worked with since I knew myself as a designer, I think tradition is our DNA and it’s very important to preserve it. And I think it’s a very nice dialogue between those two words to combine the past and the future into a piece.

IRMA: How about hats?
ARTSI IFRACH: I love hats, I wear them often and I like to play with them, as it helps me to create different characters.

IRMA: And Embroidery?
ARTSI IFRACH: I love the artisanal ones, I work a lot with that, it’s an essential part of my work, I like the technique, I love the human touch. I just love it. 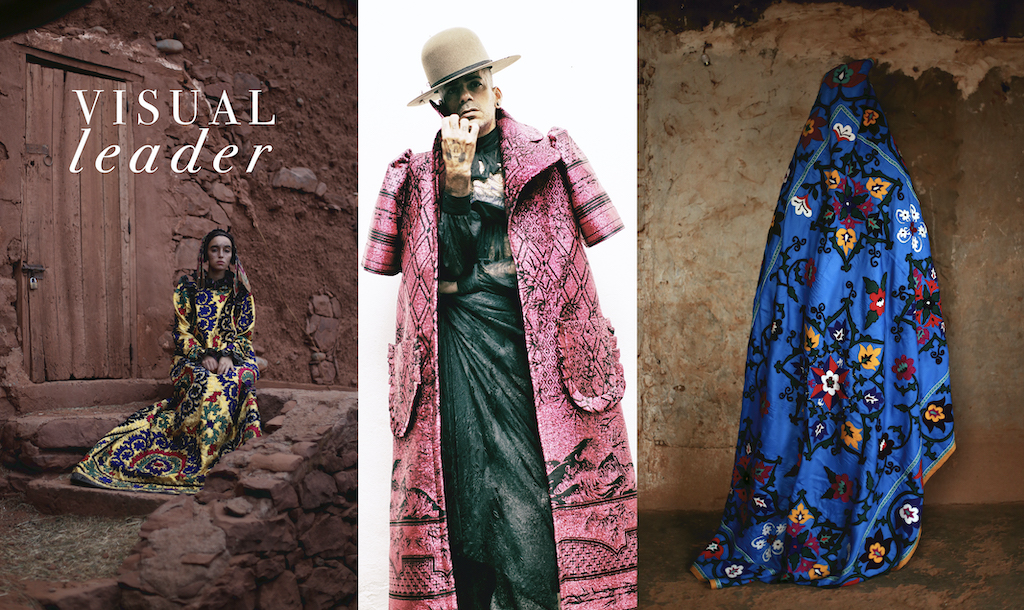