Women in Iran are at the forefront of the protests that have rocked the country for more than eight weeks. In the beginning, it was a struggle for their basic freedoms and a demand for an end to compulsory headscarves, sparked by the death of 22-year-old Mahsa Amini in police custody at the hands of the Gasht-e Ershad – the country’s “morality police” But their struggle did not just begin on this day. For years, women in Iran have had to cope with the daily grind of a bad economy and political structure. Living in constant fear of not doing the right thing is a daily issue.

The Iranian morality police – an earlier form of today’s Gasht-e Ershad – stopped and arrested women (and sometimes men) on the street for “inappropriate” clothing and conducted house searches to detect illegal alcohol, Western contraband and “un-Islamic” behaviour. The government pushed women out of certain professions, segregated universities by gender and banned female students from studying certain subjects such as veterinary medicine and geology.

The current Iranian president, Ebrahim Raisi, is a hardliner who has been cracking down on dissent since taking office in 2021 – with a particular focus on veiling in response to women’s organised opposition to the practice. His government uses facial recognition technology to arrest and punish young women who appear in anti-hijab videos on social media. Earlier this year, a young woman was arrested and beaten for appearing in one of these videos and was forced to apologise on television for her behaviour.

Amini’s arrest and death show that the government believes it can act with impunity in the oppression of women. The outburst of anger in Iran therefore probably came as a surprise to the Iranian leadership. 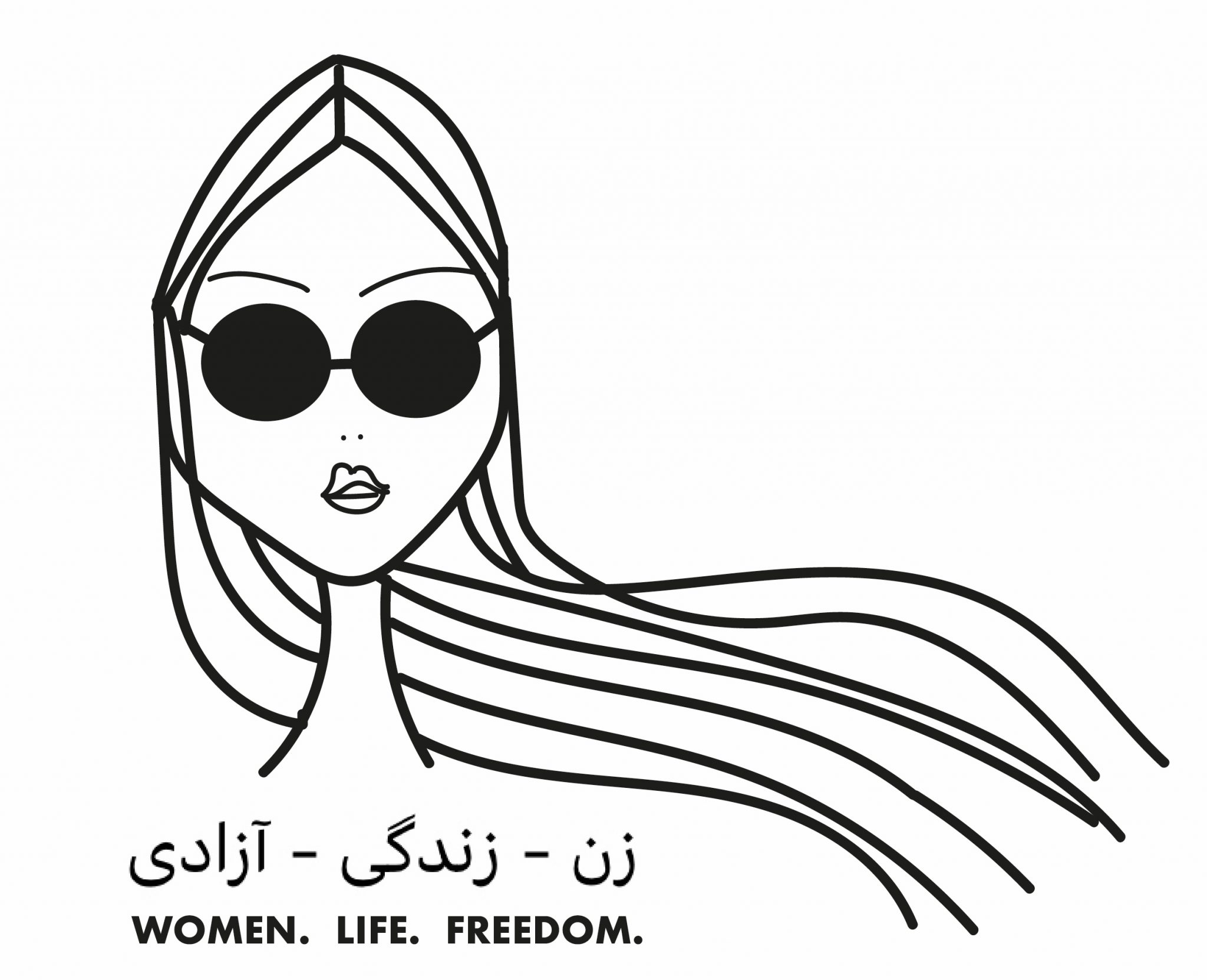 I wonder how long this can go on. The world is watching and although thousands of young people have been imprisoned and hundreds have already been killed, not much has happened.

We designed this hoodie to raise awareness about this issue that many people in the western world don’t seem to care about, even though it is a struggle that Iranian women are fighting for global women’s rights, not only in Iran but in many other countries around the world.

I have been looking for an organisation to donate part of our profit from this project to Iranian women, but there is none, not even the Red Cross has a department for this. This worries me.

We encourage you to learn more about this issue and raise awareness.

Thank you for taking part in this!