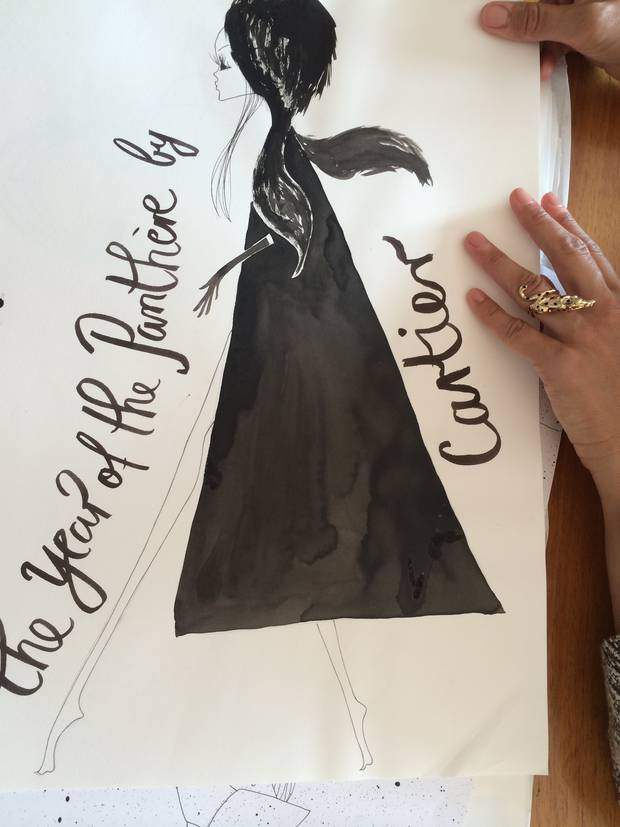 PARIS: Our new guest editor and art historian Marion von Schabrowsky will tell us today why the Panter was the icon to be used for the 100th anniversary Cartier celebrates this year with a special jewellery collection.

In 1914 the elegant and smooth animal was used as a model for a piece of Cartier jewellery for the very first time. Louis Cartier, together with his designer Charles Jacqueau, created a lady’s wrist watch with a panther-spots motif.

However, it was Jeanne Toussaint who made the panther the emblem of Cartier. Best friend of Coco Chanel, Jeanne was a young, fashionable and highly independent woman. Due to her love for panther furs she was known to her friends “La Panthère”. As a designer for handbags, she was already quite successful in Paris. Louis Cartier met her in 1918 and tasked her with developing leather goods and accessories which were an immediate and remarked-upon success. Talented and extremely innovative as she was, Jeanne became the Creative Director of Cartier in 1933. She understood the Panther as the perfect symbol for the modern woman: feminine, graceful and at the same time strong and determined.

The first woman who acted as the ‘ambassador’ for the wild cat was Wallis Simpson – better known as the Duchess of Windsor. It was in 1936, when the British King Edward VIII laid down the crown to be able to marry her. The world was shocked and Wallis Simpson became one of the most famous women of her time. In 1948, Jeanne Toussaint developed for her the first three-dimensional panther in form of a brooch. The Duchess loved this precious object so much that she commissioned a second Panthère brooch in platinum in 1949. This time, the spectacularly naturalistic panther – fully made of diamonds – sits on a sapphire cabochon weighing 152.35 carats. This piece of jewellery caused a sensation every time the Duchess of Windsor appeared with it on the international stage.

Inspired by the Duchess of Windsor, women such as Daisy Fellowes, head of Harper’s Bazaar, Princess Nina Khan or the eccentric Mexican actress Maria Felix also developed a passion for panthers. The Panthère jewellery has lost none of its fascination. Among today’s modern “Panthère women” are Lady Gaga, Monica Bellucci, Cameron Diaz and Kristen Stewart.