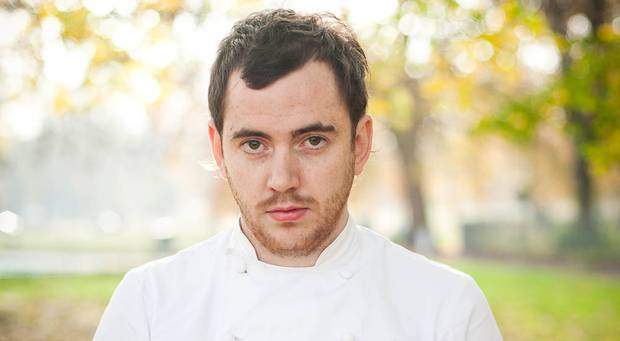 LONDON: Tom Sellers is a genius. At age 26 he has started his career as a chef with no formal training at Tom Aikens and then moved on two years later to Thomas Keller’s Per Se in New York, René Redzepi’s Noma in Copenhagen and then back to London at Adam Byatt’s Trinity restaurant. He certainly has had great experience in some of the top restaurants in the world.

Tonight I will be dining at Restaurant Story, his first solo venture in a disused public toilet near London Bridge. It is called Story because it is meant to tell the story of Tom’s experiences through food. This area of London Bridge, previously a restaurant wasteland, is now quickly becoming a foodie Mecca with José Pizzaro, Zucca and the fantastic Borough Market just around the corner. Sitting on an island in the middle of the road surrounded by a pretty little garden, is a beautiful looking building of glass and wood that some have said looks like it wouldn’t be amiss on an Alpine ski slope. Inside, a small kitchen sits in a box made from the reclaimed glass and brick from its previous life as a public convenience. I really love the look of this place and I am excited to taste the food.

All he says is hat his food is British, seasonal and driven by history, all his ingredients have a story to tell and it is important for him to meet the producers, farmers and takes along his kitchen team to understand where the food comes from, to value the product and to make something great out of it. I cannot wait to hear the end of the story.

Previous ArticleSmall World
Next Article Day at the Pool