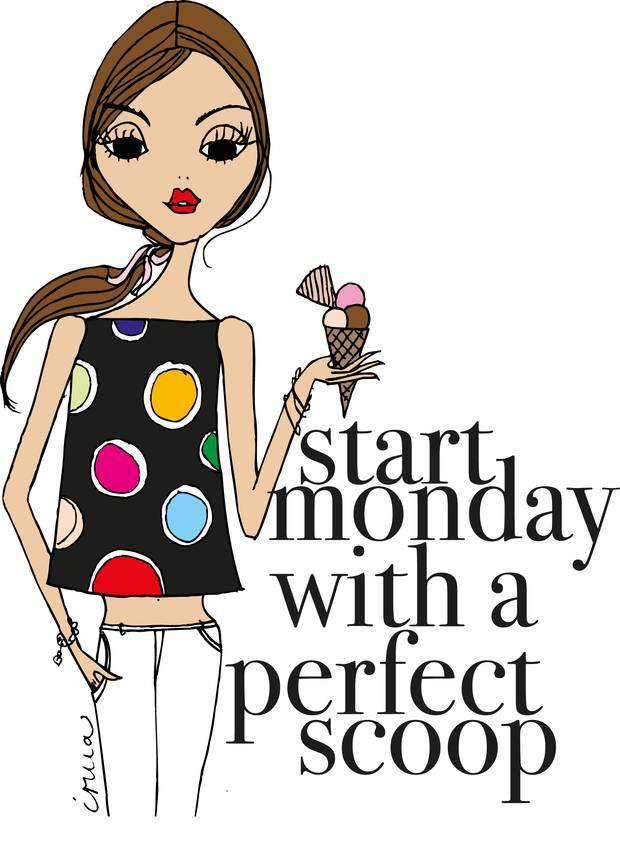 BERLIN: One of the best things about summer is that you can eat food on the street while you are strolling along. Ice cream comes first to my head and with all the new and traditional ice cream parlors, we have also a comeback of the traditional ice cream truck which comes around to your house when you are lucky.

This is my little ice cream guide to the most memorable ice cream places I have found during my travels and which makes you feel that summer has already arrived…..

The Van Leeuwen ice cream truck
Manhattan, New York
A wildly popular artisanal ice cream company run out of Brooklyn. Founded in 2008 by Ben Van Leeuwen, wife Laura O’Neill, and brother Pete Van Leeuwen, the company’s focus has from the start been about making exceptional ice cream using exceptional ingredients. It’s an old idea, and maybe not the most cost-effective for a food truck, but their commitment to craft has paid off well: what started as a couple of custard-yellow trucks peddling all-natural ice cream during the summer months has, in the course of four short years, ballooned into six year-round-going trucks and three permanent store locations throughout New York.

Il Laboratorio del Gelato
95 Orchard St, Manhattan, NY (Lower East Side)
This small walk-up retail cafe offers an expansive window into an open kitchen, where these frozen desserts are hand-made in small batches, ensuring the highest quality. The chefs source the world over for flavors of purity and excellence, when possible sourcing locally and organically. With a growing list of almost 200 flavors, Il Laboratorio del Gelato was born with the idea, as the name suggests, of being a custom “lab”, where chefs and caterers are encouraged and welcomed to work with us to develop unique flavors for their individual menus. A great idea!

Blue Marble Ice Cream, Brooklyn
196 Court St., Cobble Hill, Brooklyn 11201
Underhill Ave., Prospect Heights, Brooklyn 11238
The owners Alexis and Jennie have been using only certified organic dairy and the highest quality ingredients to make premium ice cream since 2007. Their flavors are classic or “elemental”, as they like to refer to it, and sugar is used very sparingly. The result is a hormone- and antibiotic-free scoop of purely delicious ice cream.

50 Licks, Portland
021 SE Clinton Street #101, Portland, OR 97202
One of Portland’s artisan ice cream stores which has the most outstanding flavors in stock, freshly made every day, like Jasmine Rice and Pandan, Toasted Marshmallow and Candied Yam. My favorite is Jasmine Tea and Apricot topped with bee pollen. Fantastic!

McConnell’s Fine Ice Creams, Santa Barbara
When McConnell’s Fine Ice Cream won the Sofi Award for Best Dessert at the New York Fancy Food Show, the new owners—winemaker Michael Palmer and chef Eva Ein—were thrilled, but not completely surprised. Palmer and Ein were such loyal fans of the heritage Santa Barbara-based ice cream brand that they bought the company in 2012. The duo’s goals echo the legacy left by the family-owned company to continue to make the best ice cream possible. In 1948, Gordon McConnell created an innovative hybrid French pot ice cream maker that he fashioned from re-gearing a commercial dough mixer integrated with a mechanized stainless steel box. Since 1975 all of McConnell’s flavors have been handcrafted at their Old Dairy headquarters in Santa Barbara, where they pasteurize their own milk and cream from local farms.

Vanille & Marille Eismanufaktur , Berlin
Hagelberger Straße 1, Kreuzberg
This Berlin ice cream parlor creates their own recipes, free from all additives or artificial aromas, offering some twenty ice cream and sorbet flavors, including White Chocolate with Orange and Ginger or Elderflower with Mint.