How is Haute Couture doing in times of lounge wear and staying home attires ?
Does it dream even bigger or is there a notion of adaptation or even surrender to the now and here. 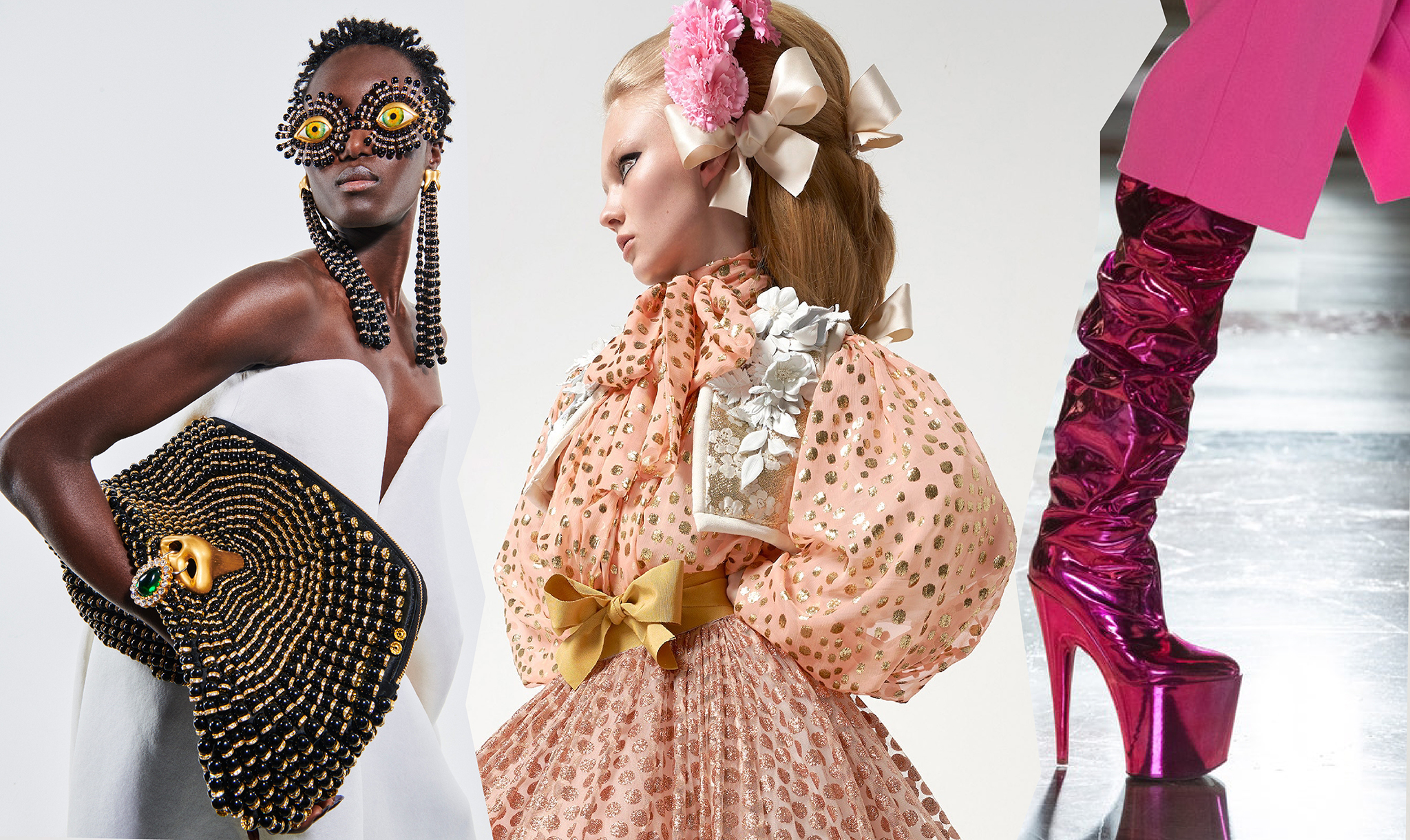 CHANEL is going back to the most traditional celebration: a wedding- usually a pompous event, especially in the setting of an Haute Couture show, but creative director Virginie Viard presents not a royal wedding, but rather a family gathering in the countryside of the south of France.

If we could only look closer, we would probably be fascinated by the tailoring and uniqueness of the fabrics and discover lovely little details but from behind our computers the cloths look rather unspectacular, but maybe, that is how Madame Viard adapts to the current situation.

In comparison to Giambattista Valli who becomes a sculptor when designing Haute Couture.
Inspired by voluminous hair, from icons like Benedetta Barzini and Marisa Berenson, he goes into every single detail to add elegance and form.
You recognize traces of Sevillana and Flamenco, silk flowers as hair clips, minuscules vests and bows, made out of satin and silk.
Apparently Chinese women love his loud princess look for their statement soirees.

Interesting how different characters define Haute Couture in times of pandemic.
Maria Grazia Chiuri turns to tarrot cards, like Monsieur Christian Dior himself, to find his sister Cathrine (who was part of the French resistance) who mysteriously disappeared.

Her designs are mystical, and materials and applications are out of a fairy tale, though the cut looks very familiar. We recognize similar dresses from previous seasons, sleeves we have seen before and slim cut trousers.
Maria Grazia stays true to the house`s design ID but plays with the surfaces – and this time she looks into the future through the ancient ritual of reading cards.

The talk of the town was probably Daniel Roseberry for Schiaparelli with last week`s dress for Lady Gaga performing at the inauguration in Washington.
Stars love him and wearing a Schiaparelli creation (not only on IG like Kim Kardashian) assures you success.
Roseberry creates stardom with everything he touches.
As surreal as Elsa Schiaparelli `s CI, he takes this surrealism into our times and creates garments that make you look twice.
They carry something exaggerated from the Bande Dessinée (comic) culture, and that might be his trick of the trade to create heroic female empowerment.

Pierpaolo Piccioli for Valentino empowered his women with platform shoes and golden make up.
Fairy tale hair and a rather slim silhouette. The colour combinations were fabulous as always, except for the make-up, hair and shoes. The couture appeal was not evident at first site.

The looks that caught our eye from the Haute Couture shows.