This garden in France, the beach on La Reunion, the greens along the Italian coast … There are so many wonderful things that remain in our memories. First and for most fragrances.  They literally capture the senses like hardly anything else. They lift our mood, awaken long forgotten memories and send us on a journey of thought to distant countries. This is no coincidence, as many perfumers are inspired by the most beautiful places in the world to create extraordinary fragrance creations. Let’s start our travels….

The Italian hills
Anyone who has ever walked over the gently rolling hills of Tuscany will have remembered one thing above all: The majestic cypresses that strongly characterize the landscape Their tall, slender trunks line famous avenues and their scent fills the forests with warm, woody notes. It is precisely this extraordinary aroma that can be found in Acqua di Parma Cipresso Toscana. The fragrance starts fresh with star anise notes and orange chords before sage and lavender blend in to create the perfect prelude to the base note with cypress and pine. And to make the Italian fragrance experience perfect, the bottle is blue like the sea with a green lettering that picks up the colour of the treetops again.

A tropical Paradise
Sandy beaches, tropical Flowers surrounded by a turquoise sea – that is La Reunion, the small island in the Indian ocean between Mauritius and Madagascar. The vanilla that grows here is the best in the world and another plant is the Vetiver known for its outstanding scent. It smells sweet and woody – a bit like toffee. In the Scent Vetiver Reunion from Urban Scents you find a woody intensity of this Vetiver Bourbon combined with fresh citrus notes, red pepper and Moschus. The composition of earthy-woody intensity, freshness and spiciness creates a timelessly elegant fragrance that is both profound and light at the same time.

The Bosporus
Istanbul is a city of contrasts: East meets west, old luxury exists alongside modernity, tradition lives with new beginnings. It was precisely these contrasts that inspired the creation of a fragrance that is as contradictory as it is harmonious: Istanbul by Gallivant is inspired by waking up in Moda, crossing the Bosporus and a night in Karaköy. The fragrance blends bergamot with cardamom, patchouli with myrrh and vanilla with lavender.

A french garden
Imagine a lush garden in the heart of France. Flowers bloom, herbs proliferate and the air is filled with an incredibly spicy floral scent. It is said that master perfumer Serge Lutens stood in such a garden just as the idea for a new fragrance came to him. “It all began when I scattered a leaf from a shrub and tore it between my thumb and forefinger. Then the Artemisia began to tell me his story. That’s how this bottle was created. Who would have thought that?” He speaks of Eau D’Armoise from the Politesse collection. The result is a homage to the freshness of spring, Artemisia paired with bergamot orange and immortelle melt into a great unisex fragrance.

France and Japan
Several inspirations merge in Iris Ukiyoe by Hermès. Perfumer Jean-Claude Ellena thought of his garden near Grasse, where white and blue irises grow from May to June, but also of Japan, especially its art and poetry. The result is an extraordinary fragrance composition, an interpretation of the iris modelled on a Japanese bouquet of flowers. Iris Ukiyoe smells of iris, rose, orange blossom and mandarin and is part of the Hermès sense collection.

Along the French coast
Coco Chanel has always translated her favourite memories and places into scents. A particularly beautiful example of this is the Les Eaux de Chanel fragrance collection with fragrances such as Paris-Deauville, Paris-Venice and Paris-Biarritz. This year, the collection will be complemented by Paris-Riviera, inspired by her travels to the French coast. Perfumer Olivier Polge sees it as “a memory of the carefree and sunny life on the Côte d’Azur of the 1920s”. Coco Chanel spent many summers in her villa “La Pausa” at the Côte d’Azur. The fragrance is accompanied by notes of Mediterranean flowers and citrus fruits, Jasmine, orange peel and sandalwood. 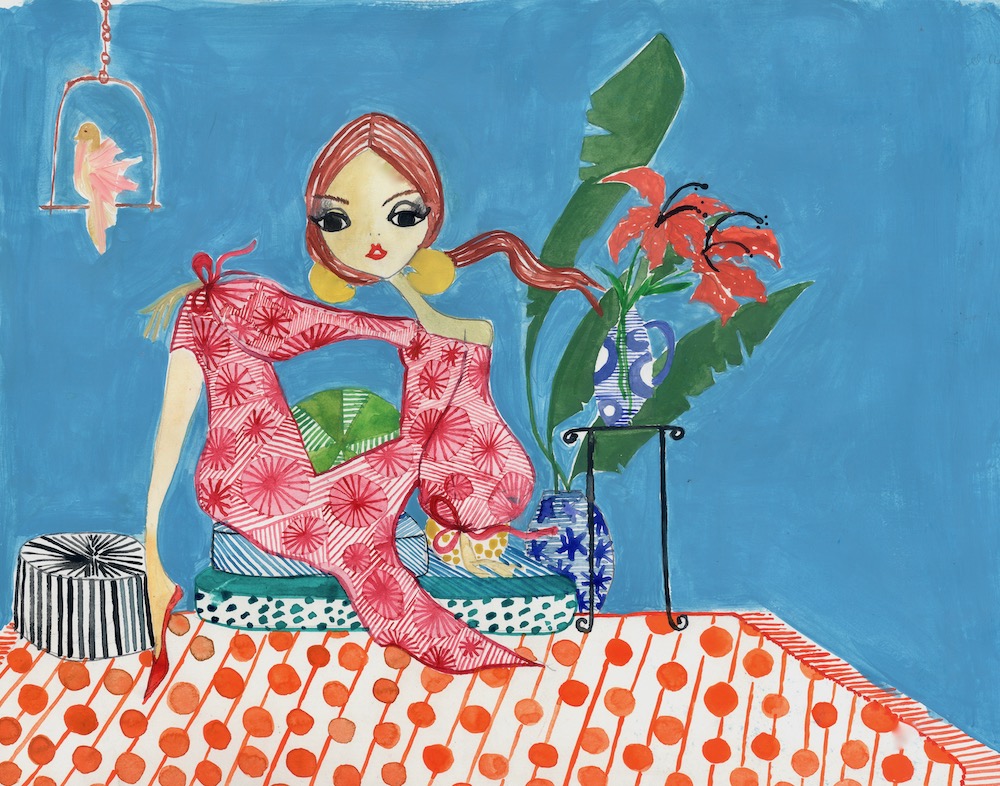