CANNES: Yesterday evening our film correspondent Mariam Schaghaghi had the chance for an exclusive interview with Nicole Kidman who stars in the much talked about biopic ‘Grace of Monaco’ about the life of Grace Kelly after becoming Princess Grace of Monaco.

NICOLE, CAN YOU EXPLAIN WHY IN YOUR MIND GRACE KELLY CHOSE THAT PATH TO COMPLETELY WITHDRAW FROM HOLLYWOOD?
NICOLE KIDMAN: I think she chose love. Many people do that in their lives. She was so unique in the sense that she was a major American movie star. At a very early age she won an Academy Award and she then said: ‘I’m actually going to leave it all because I want a marriage, I want a family.’ And I think that that’s a very strong thrust for many, many people – not just women. And so I completely understand what she did.

HAVE YOU FELT THE SAME THING IN YOUR OWN LIFE – COULD YOU IMAGINE GIVING UP ACTING?
Yeah, I could. Obviously I think every actor has to grapple with those ideas at times because you never know what’s going to happen to you physically and in terms of longevity. I think for me that happened probably in my early 30s, I had to come up with other scenarios of what I would do with my life if I couldn’t act. But, you know, the choice of family and love versus my career, there’s no question for me what I would choose. Yet, I feel like acting runs through my blood. It’s just some sort of creative desire to express myself and I would need that out – otherwise I would be a nightmare to live with! [laughs]

WHICH PART OF GRACE KELLY’S LIFE DOES YOUR FILM TELL?
When the film starts, which is six years into her marriage with two children. Inevitably if you’re a creative person and if you have a passion, which Grace did, there’s a pull to what you used to do. As much as you say, ‘I can walk away from all of this’, the reality of walking away from it is very, very different to the idea of it. Then Hitchcock offered her the role of Marnie and she is more than tempted to return to Hollywood.

THE ROYAL FAMILY OF MONACO HAS NOT APPROVED ‘GRACE OF MONACO’. HOW DO YOU FEEL ABOUT THEIR ABSENCE ON THE RED CARPET?
Obviously I am sad. I don’t think that this movie does harm to anybody. If they had seen it, they would have remarked that ‘Grace of Monaco’ has been filmed with a lot of affection and respect for Grace Kelly.

IS IT A TRICKY PART FOR AN ACTRESS TO PLAY AN ACTRESS?
It is! There are so many layers to when an actress is playing an actress. I have similarities in my life to some of the things that happened to Grace. I obviously did not marry a prince…. Ah well, probably I am married to a prince – a country prince! [laughs]

DID YOU TAKE ANYTHING HOME WITH YOU FROM THE SET?
[joking] I kept the $5 million necklace! [laughs]

THERE IS SO MUCH GLAMOUR IN THIS – HOW IMPORTANT WERE THE CLOTHES AND THE JEWELS IN BRINGING YOUR PORTRAIT OF GRACE?
Gigi who is a very good friend of Olivier Dahan’s happens to be an extraordinary costume designer. She’s not here in Cannes with us but she really deserves to be. Because so much of the performance was imbued by the costumes! We were lucky because we also had access to the House of Dior, who did a number of costumes in the film. And the jewelry with Cartier. There’s been an enormous amount of thought and work put into that side of the movie. As an actress, recently I haven’t gotten to do that sort of thing. Probably the last film where there was so much attention to the detail and the costumes was ‘Moulin Rouge’, and I forget how important that can be for certain characters. 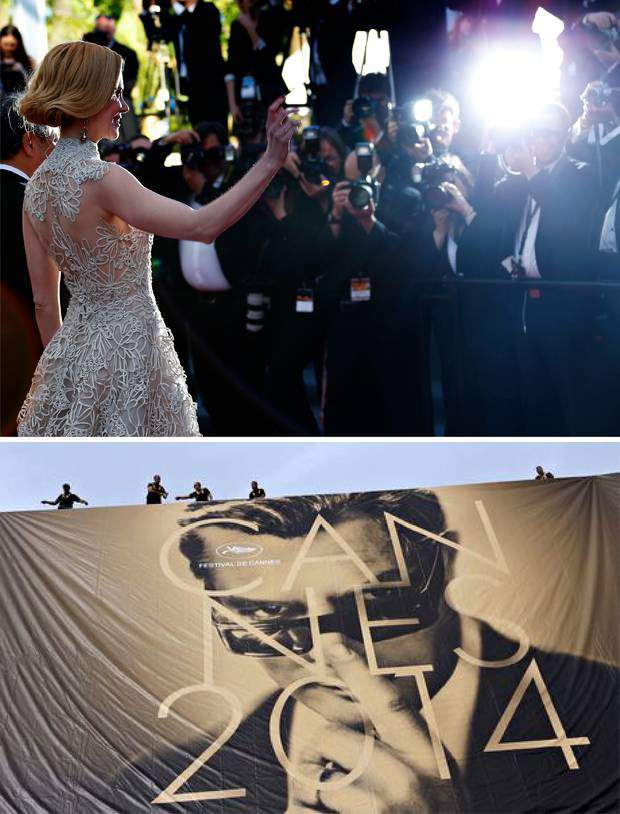